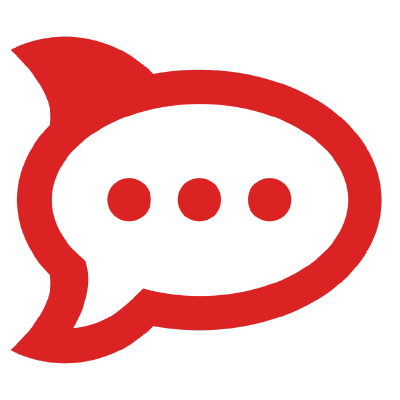 As we struggle to manage information overload, there’s a growing need to organize our messaging, whether email, chat, or groups. Often issues of convenience are in conflict with issues of responsibility and control, and this can make choosing a platform or solution difficult.

The Future Tools series is focused primarily on finding alternatives to the digital platform monopolies, but it is also about finding and reviewing tools that are intended to help you, and help you do what it is you want to do.

One of our primary requirements is that a tool be free and open source, however we also recognize that it is important that a tool be relatively easy to use. That’s partly why the focus of today’s issue is Rocket Chat.

Rocket Chat is developed out of Porto Allegre in Brazil. Like our past issue on Matrix and Riot, it is an alternative to Slack, and has apps for every platform.

Rocket Chat enables the sharing of media, as well as video calls. I’m interested in building an independent chat network to enable Metaviews members to connect, collaborate, and, well, chat.

Rocket Chat is our second attempt, and was partly selected as a result of a similar process that Mozilla is engaged in. Mozilla ended up going with Riot, but Rocket Chat made it to their final list of four, along with Mattermost and Slack.

Of the four, Rocket Chat is the underdog, and being based in Brazil, the outlier. If anything that makes them worth trying.

Slowly but steadily Rocket Chat has been building momentum, attracting users, and building a secure product that enables private collaboration.

Rocket.Chat is the ideal platform for privacy-conscious organizations as our platform comes with numerous features, such as:

What’s interesting about this emphasis on privacy is also the commitment to comply with emerging data protection regulations.

However what also is attractive about RocketChat is the support for bots. Most collaboration platforms enable automation or the use of bots, and RocketChat is quite eager to make their environment conductive to this kind of automation.

The potential of using chat bots is considerable, and you may have already noticed these kinds of automated interactive agents proliferating. They’re on websites to help you with questions, to help find information, and of course people are buying smart speakers that give chat bots voice.

As time moves forward, these kinds of bots will have increased reach and abilities. For example I imagine creating, fostering, and teaching/programming a bot in a chat room, and then making that same bot accessible via smart speakers or other kinds of interfaces like the web and mobile.

When contemplating bots, this is also why open source matters. You want your bot to be reliable, programmable, and adaptable. Most importantly you want to trust that bot. It’s not clear why you would if it wasn’t transparent.

All of this is relevant because the features found in RocketChat, whether as a user, or as a developer, are quickly becoming standard for how people communicate online. The question is whether people realize this features can be customized or changed for their needs.

Lots of you who work in corporations or government are familiar with Slack, and the way Slack is becoming the organizational backbone and culture of the enterprise. Even more of you are Skype users, and you may be aware of the way Skype is also sliding into organizational infrastructure.

And of course, let’s not forget Google, and their recurring ambitions to be everything to everyone, especially the central nervous system of the enterprise.

All of this only serves to add confusion, both to Google’s offerings, but also the sprawling space of collaboration software.

News that the app will pull in Hangouts Chat features makes us wonder what will happen to the actual Hangouts Chat service. One of the current plans in the Google messaging mess is to merge Google's biggest consumer chat platform, Hangouts, with Hangouts Chat, its current enterprise chat platform (despite the similar names, the two apps are unrelated). If Hangouts Chat is merging into something else, does that mean the plan to migrate consumer Hangouts over isn't happening?

If this service launches, it would be Google's tenth messaging app, after (say it with me!) Google Talk, Google Voice, Google Buzz, Google+ Messenger, Hangouts, Spaces, Allo, Hangouts Chat, and Google Messages.

Jokes aside, there is a paradox between the need for organizations and communities to collaborate and the overwhelming and volatile landscape of tools available and in use.

Which do you choose? Why?

Generally that choice is one of inertia or the path of least resistance. We prefer to use what we’re already using. That’s partly why Slack started to be used by community groups and book clubs. People were already using it at work, so easy to also uses it for other purposes. Same is true with Skype, and maybe Google, if integration with gmail is easy and automatic.

Although we take for granted the way these tools can be bent and used, not as initially designed, but nonetheless effective:

And if by chance you bought a raspberry pi after our second future tools issue, here’s a tutorial on how to setup RocketChat and a bot!?