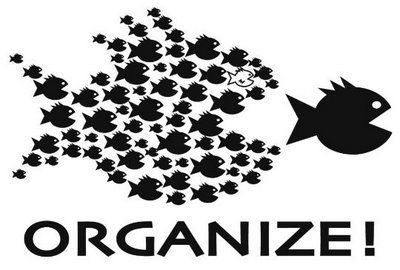 Let's Seize the Means of Production

If we accept that the future of our economy is connected to the Internet, then why do we continue to tolerate craptacular Internet connectivity? Whether it is infrastructure, speed, or just the policies that limit what you can do with the connection, we consistently accept that the status-quo is the only available option.

No more. The knowledge economy will not wait, and every day we allow the existing configuration of internet connectivity to remain as it is, we forfeit our future and any economic opportunity it may offer.

Prioritizing a better internet connection is an important short term policy that will enable a broad range of long term policies. Whether heath care, education, public services, and business in general, so much of our lives are online, and increasingly these services and sectors also assume that we are online and have stable connections.

In the past federal election, the issue did come up, albeit briefly, and only in ridings where this particular concern dominates.

The author pretty much sums it all up in the first two paragraphs:

This isn’t just a comment I make at least twice a day; it’s a fact. It’s slow and sporadic and sometimes it doesn’t work at all especially if it’s raining or windy or God forbid, snowing outside.

My Internet is not that much better. It’s certainly improved since we moved here. The previous tenants were customers of the hated and abysmal Xplornet. I could write a newsletter just documenting how bad their services are and how much they are hated.

In rural Canada Internet connectivity is a big political issue. Randy Hillier is hoping that it is big enough to help him get re-elected.

The independent MPP (who was kicked out of the PC caucus for standing up to Ford and his ex-chief of staff) recently conducted a survey on internet connectivity in our riding, and presented the findings to the Ontario Legislative Assembly:

• Over 1300 people have responded and over 93% are not getting the minimum speeds mandated by the federal government;
• More than half are paying between $150 and $300 a month;
• Almost half no longer have a landline, and rely on voice over internet or cell phones;
• Over a quarter run their businesses or work from home, making broadband a necessity.

Speaker, the survey tells us that the more rural you are, the less you get and the more you pay. Even at this high cost, over 98% of residents have internet; it is clear that broadband is a necessity in the 21st Century.

The government has made a commitment to improve broadband in rural Ontario, but for this to happen Hydro One must be more efficient and permit fiber optic cables on their poles which will allow rural Ontario to be truly open for business.

It is this last line that may be the most relevant.

When I first looked for an alternate to Xplornet, I found a local start-up called Community Fibre run by someone with whom I had been in an IRC chat room for the last 20 years! Fellow Metaviews member Ben LaHaise is actively running fibre optic lines in Lanark county and in west Ottawa. While he’s not yet in my area, he hopes to be, and we’ve spent close to the last year talking about what’s involved.

In the meantime, I signed up with a wireless provider, who is better than Xplornet, but not by much. I’ve also been exploring different models of internet connectivity:

The primary lesson from all of this is that the Internet can be however we want it to be. The service doesn’t have to suck, you should be able to do whatever you want with the connection, and it should not cost you much money at all. This isn’t just about rural communities, but urban as well.

Take for example what’s happening now in the Netherlands. The Dutch have historically had amazing Internet connectivity. Lots of companies providing great services from an early data, in no small part because of XS4ALL.

It was an ISP (Internet service provider) that was started in 1993 by hackers who wanted access they could trust, from a provider that had integrity. While it was sold to KPN (a large Dutch telecom) in 1998 it remained independent until this year.

While XS4ALL was part of a larger conglomerate, it maintained a culture and customer base that had a different view of what a provider should be. Hence when it lost that independence, the demand was there to recreate it in a new entity. Their crowdfunding campaign reached their limit of 2.5 million Euros in just over three days.

A different Internet is possible. And it begins with Internet providers who have an eye to the long term, and recognize how important it is to provide people with an alternative.

Although one of the interesting issues when it comes to rural connectivity, especially wireless, is where the equipment comes from:

We haven’t really touched upon the Huawei issue in the Metaviews newsletter yet, and we probably will at some point, I’m personally not convinced it is that big an issue. However what if there is a ban on their equipment? I imagine rural communities could be the big loser if that happens.

Although it is also why fibre is so important, rather than wireless, and why running fibre in rural communities needs to be a priority, and regarded as investment in long term infrastructure.

Tragically this is not going to happen on its own, nor by traditional providers. Instead we need community providers to rise up and provide local solutions based on global knowledge.

I ran an Internet provider in the mid-90s called Local GlobalAccess. It was located at Spadina and Bloor in Toronto and was a fantastic education in business and the Internet.

With Ben’s help, I’m hoping to do that again, and be part of a local micro-ISP that serves my community, and helps to bring fibre connectivity to rural Lanark county.

The plan is to not only develop this micro-ISP, but create an open source ISP template, so that it is easy for other communities to learn and replicate the concept where they live.

My plan is to develop this idea via this newsletter. “Future Fibre” will be a recurring series in the Metaviews newsletter where we share some of the research, other models, news, and ideas around community based connectivity.

I’m also thrilled to announce that this series will be sponsored by EasyDNS:

Mark also writes a smart newsletter called #AxisofEasy and is about to publish a fascinating book called “Unassailable” which I’ll feature in an upcoming newsletter (and would have independent of this sponsorship). I’m thrilled that Mark shares my belief in the potential for micro-ISPs and is sponsoring this series as a result.

This will include some stories from the past, like my own experience with Local Global, but possibly also stories about io.org, reptiles.org, and some of the other histories that I know your fellow Metaviews subscribers have and can share.

I also also want to share what Metaviews subscriber Mike West is doing in Smiths Falls, as well as Ben’s efforts with Community Fibre.

Community Internet is essential to our future prosperity, and while I’m presently concerned with rural connectivity, improving urban Internet infrastructure is as important, and will also be included in this series.

As always if you have any questions, tips, or ideas, please let us know, especially when it comes to this ongoing series, Future Fibre. #metaviews