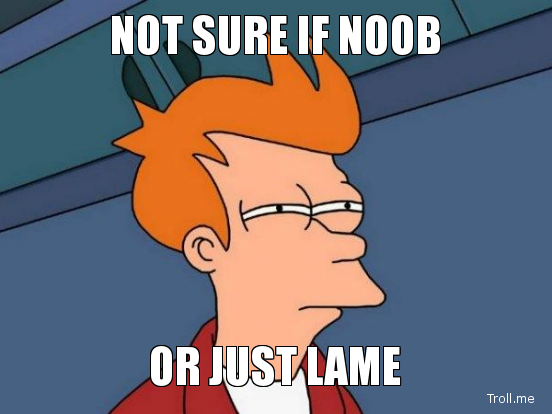 The Internet contradicts itself by design. A distributed network of networks will always have opposing or conflicting viewpoints. You might even argue that is its purpose. To provide a framework that unites concepts and objects that would otherwise repel each other.

In so far as we attempt to impose the outdated notion of objectivity onto what we perceive as the Internet, we will only find conflict, and receive chaos (or noise) in response. Rather we should embrace the possibility of near infinite subjectivity, and remain open to the idea that a different perspective not only exists, but is worthy of our attention and support.

I cringe anytime someone describes our contemporary moment as modern. The modern era has long since passed, and I even think the post-modern era also lies behind us. In trying to understand the subjectivity that dominates this particular moment in human civilization, we need to come up with a concept that clearly articulates where we are in time and why.

The concept of the paradox is a good starting point, as it emphasizes the combination of contradiction and symbiosis. Kind of like the relationship between a child as content and a parent as narcissistic medium:

If you click on that Twitter thread you can find the direct link to the Reddit post in question. However consider this the first glimpses of a new trend. A younger generation gaining the awareness of their exploitation and the surveillance society they grew up in.

The above is an extreme case, but when regarded as a slippery slope, how many of us have used content based on our young family members as a means of gaining attention from social media platforms that are designed to corrupt us and encourage our worst tendencies?

This Leonard Cohen song has been in my head for months, as it really evokes the paradox of this era.

This philosophy is partly why I’m careful with what subjects I write about. I believe in the concept “don’t think of an elephant” which suggests that even negative or critical attention can result in an undesirable outcome.

For example I rarely write about authorities, public figures, or institutions that I do not support or agree with. Why give them further attention or credibility?

And it was by this logic that I was going to entirely ignore the Canadian Broadcasting and Telecommunications Legislative Review (BTLR). I don’t think it merits attention, critical or otherwise, and it was not the product of the federal Government, but rather an arms length committee. Hence any additional attention only serves to reinforce it’s credibility.

However at least two Metaviews subscribers have written about the subject, and let me know about it, and I am committed to providing my subscribers with the content they desire. Although in this case I’ve attempted to bury the BTLR in the back of an otherwise philosophical issue, how’s that for contradictory?!

In all seriousness, our good friend Fenwick McKelvey has written a smart analysis of where the BTLR (policy sandwich) sits in the larger efforts around upgrading Canadian telecom, media, and cultural policy:

I’ve not actually seen any comment from the government that embraces BTLR, whereas the Digital Charter is still something that both the political class and the civil service have embraced and are working towards.

Fenwick is right to point out the differences between the two, that the BTLR would require substantial legislative and regulatory changes, whereas the Digital Charter, with it’s focus on rights, requires far less (political) work and effort. For example the federal privacy commissioner’s ongoing consult is focused on rights and follows on the mandate set by the Digital Charter.

The BTLR is also generating quite a bit of opposition from the public. This is inevitable when you pack in a wide range of recommendations without coherence or a government commitment to implement anything. The process quickly becomes an exercise of throwing policy ideas against the wall to see if they stick.

It’s hard to wonder why the authors of the BTLR wouldn’t see how upset people might get over say a proposal to license all content creators in Canada?

Could that have been a serious policy proposal? Or just a means of intentionally upsetting people like our friend Mark Jeftovic?

The political blow back paradoxically provides the government with great cover. Have a few inflammatory policy ideas that the government can deliberately reject as a sign that it listens to the people, while cherry picking from the rest the ones that suit their agenda and interests.

This is why I choose to deliberately ignore such flawed policy processes. I worry that by giving them any attention at all, we’re just reinforcing their perceived credibility, when they’re otherwise best ignored.

What do you think? Was the BTLR legit and worth our time, debate, and discussion? Or is this all a distraction from bigger issues? Are we still in the modern era? Post-modern? Is JBP down for the count or will he make a come back?