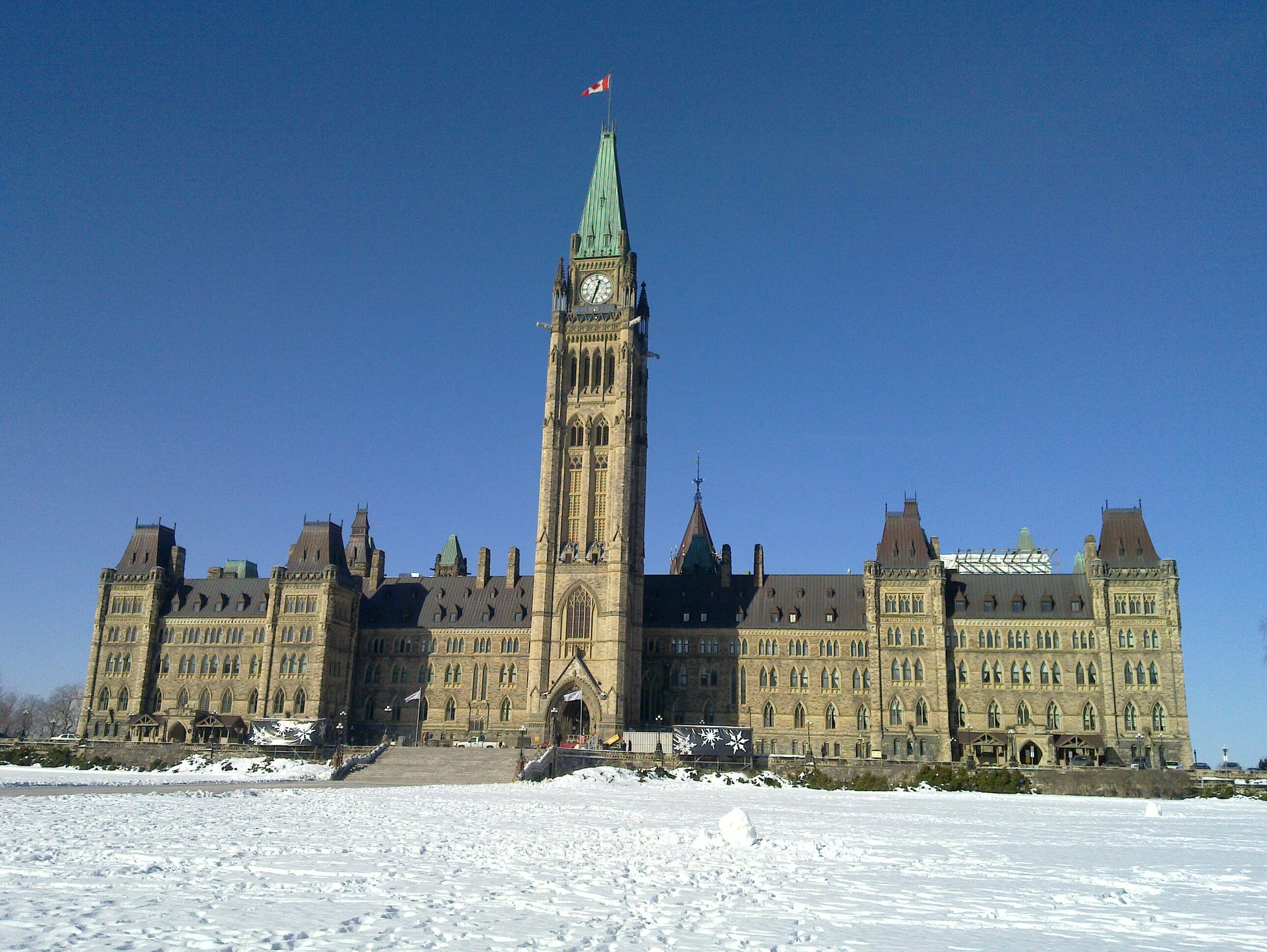 A platform for local and global tyrannies

Media industries are in turmoil. While this has been true for well over a decade, the pandemic has accelerated the demise or transformation of most companies that are still active in the sector.

While Facebook deserves significant blame, they are not solely responsible. The corruption in the media industry played a significant role in the erosion of their credibility and the loss of audience (trust). (By corruption I mean the influence of advertising over content and the common practice of editorial content being produced by friends and the insular social circles found within the media industry. This is one of the reason why the media continues to lack the diversity found in the rest of society.)

This is significant as the media industries comprise what is known as the “fourth estate”, a pillar of government and society, or as Marshall McLuhan might say, the central nervous system of the public sphere. They comprise a central organ of the body politic, and their shape, function, and form directly impact the larger political structure and logic that constitute a society.

The duopoly of Facebook and Alphabet (a/k/a Google) have essentially conquered the media industries by first automating the advertising side of the business, and then automating much of the production, and distribution. We might take for granted how easy it is to use these platforms to make media for a global (and local) audience, but those of us active in media for more than a couple of decades remember how much effort and resources media production once required.

While I think that the ease by which anyone can now make media is fantastic, I also recognize that this acts as a distraction from larger issues of media governance, and the relationship between these powerful platforms and our contemporary political economy.

In a past issue we looked at how Facebook might best be regarded as a rogue state rather than a media (or technology) company. This later became the basis of a fictional post that entertained the notion that Alberta might declare its independence from Canada in order to join the fledgling Facebook federation.

This idea that Facebook has an over-sized impact on politics is not new, and is something many are wrestling with, especially during this pandemic mired by disinformation and conspiracy theories. Specifically we’ve looked at this in the context of free speech and automated content moderation, which continues to result in weird false-positives:

However these instances of Facebook inadvertently controlling the public discourse are just the tip of the iceberg. Facebook is not (as far as we know) overtly malicious and evil. Rather their aggressive and ambitious pursuit of their self interest (and bottom line) blinds them to the impact they have on media and society.

Where this impact is most evident is on local news and information, especially outside of major urban centres. While I generally understood this before moving to a small and mostly rural community, the specifics continue to fascinate me.

There are independent media here, a weekly newspaper called The Lanark Era, a monthly arts publication called The Humm, and a digital outlet called The Millstone, Facebook is for all practical purposes the dominant media.

The local and regional governments all use Facebook to inform residents of changes to policy or public services. As a result of the pandemic, council meetings now happen remotely, either via YouTube or Facebook.

However the power of Facebook is not in official pages, or broadcast style status updates, but rather groups. In small and rural communities groups provide a combination of collective intelligence and political commons. It’s where people debate, discuss, and learn from each other.

From a technology perspective this is great, as making it easier for people to come together, discuss, and learn is amazing. The problem is not with what they do but how they do it and under what terms.

In a democratic society, governments are an extension of the commons. Parliament (or town council) are elected and represent the commons.

However what happens when the commons manifests elsewhere? What if the people, thanks to technology, are able to gather in a commons, and not have to limit who has entry and thereby do away with the need for representatives? A direct digital participatory democracy?

A fine theory, but not something we’re seeing in practice (as yet).

Instead what Facebook makes possible are tyrannies that resemble commons and for all practical purposes divert attention, support, and people away from their existing political structures (and as a consequence the commons).

These pseudo commons flourish in part because so many people are already on Facebook, and the platform makes it easy (as a result of their commitment to frictionless design) for people to engage other residents about issues and topics that are of interest and concern.

However where Facebook is negligent or irresponsible, is their blind spot around governance. The tools for managing these groups are insufficient, and they reflect Facebook’s larger ideology towards centralized control. For example there are not tools (readily) available that allow for these groups to be governed by their users, i.e. democratically.

Hence why they’re pseudo commons, as they fundamentally serve the broader platform, by keeping people on the site for longer, exposing them to more advertising, and making more money for Facebook. In order to keep people contained (or controlled) these groups have admins or moderators who take it upon themselves to enforce rules that are usually arbitrary.

The group in my community is large, active, and run by one guy. This dude does so in a voluntary capacity, and greatly dislikes disagreement or drama. As a result he will arbitrarily delete any post or thread that is perceived as contentious, although that perception is a direct reflection of his own (and his friends) biases. There’s no recourse, no appeal, and no explanation, except for a reminder from buddy every once in a while that he does not like drama.

While members of the group can “vote with their feet” and leave the group, it has a critical mass of community members that makes that difficult. Many competing groups have been created, but the inertia of belonging to the main group makes that futile. There is considerable value to having a commons as everyone is already there.

I’m writing this newsletter due to an incident that happened in the group this morning. A local member posted a comment asking why there were confederate flags being flown in our area, and whether people felt that was acceptable. I posted a comment pointing out that Nazi flags would not be tolerated, and that a confederate flag is a North American equivalent as it asserts white supremacy and represents violence against minorities. The original post and my comment were met with support, with a few comments suggesting that maybe the people flying the flag did not understand what it represented.

As predicted the entire post with all comments was deleted without explanation or notice. I clued into this because the notifications of people liking my comment disappeared from my notifications feed, and when I looked for the post it was gone. I emailed the original poster who up to that point did not realize it had been deleted.

If this group was not labelled and acting gas a community (pseudo) commons, I’d have no issue with the arbitrary enforcement. If it was called “buddy’s group for locals” I’d also have no issue. But using the name of the town as the basis of the group changes things.

It’s why I feel that it is a shadow government in my community. It has a greater influence and impact on public policy and public service delivery than any other entity, even, I’d argue, town council itself.

An alternative, would be for the town to operate this digital commons. Whether on Facebook, or better on their own (town) facilities using open source tools. While I’m tempted to waste my time and resources making such a case to the council as to why it is their/our responsibility to do so, I resigned myself to the realizing that an issue of this newsletter is the only real application of my frustration.

I don’t think this is isolated, but rather is pervasive across North America and many other regions. Political and social power has shifted from public institutions to private digital platforms that are de-facto monopolies. They inadvertently enable the rise of shadow governments that undermine the legitimacy and effectiveness of so called democratic governments.

My concern is that awareness and understanding of these shadow governments will not happen until these governments emerge from the shadows to formalize the role they already play. Determining the priorities and focus of the state. All hail Chairman Mark, the supreme leader of the Union of Facebook Soviet Social Republics.

Of course I jest, but not entirely. This comic below kind of sums up where we’re at and why we ought to be serious about really coming together to address the tyrannies that plague us.