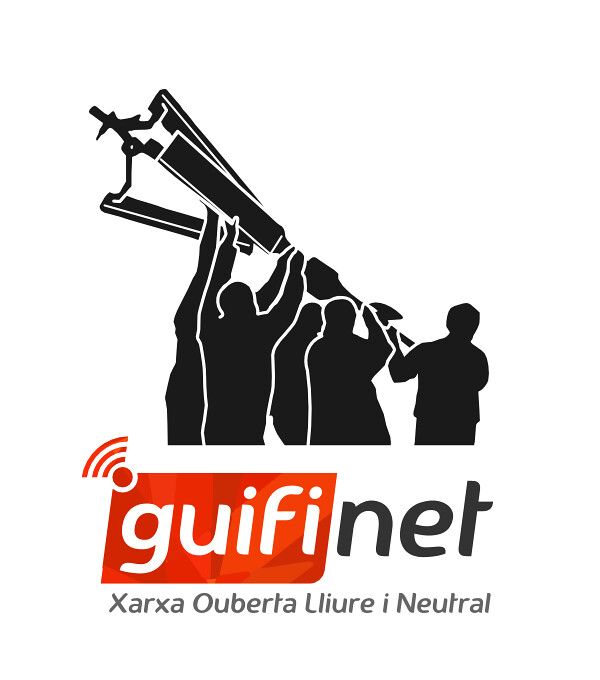 The Internet should be free, open, and neutral. Yet how do we make it so when it is presently dominated by monopolies and oligopolies that are driven by greed?

The general premise of our Future Fibre series is that communities should own and control their Internet, and that this community control is what can enable a free and open network of networks.

We sought out to explore, document, and share some of the stories from around the world that demonstrate how communities are taking connectivity into their own hands. It should come as no surprise that perhaps the most successful, radical, and resilient example is to be found in Catalunya.

Guifi.net “is a bottom-up, citizenship-driven technological, social and economic project with the objective of creating a free, open and neutral telecommunications network based on a commons model.” Started in rural Catalunya in 2004, and operated as a bottom-up DIY mesh network, Guifi.net has grown to operate more than 32,500 nodes that serve over 50,000 people.

Like other community driven (and DIY) initiatives we’ve profiled, Guifi took matters into their own hands: running fibre across farmland, connecting schools, creating wireless mesh networks to extend their coverage. In many cases they were contravening regulations, and seeking forgiveness after the fact, rather than permission before hand, which they were being denied.

However unlike other community based ISPs, Guifi is based in Catalunya, where political protest and rebellion is entrenched in Catalan culture.

In 2012 when it was time for Guifi.net to get a better upstream connection for their network, they told the government that they would drive their tractors down the primary superhighway and block all traffic until their demands were met. Not on the weekdays, but rather on Sunday afternoons, when the wealthy elite in Barcelona would be driving home from the Pyrenees and other rural resorts. An effective tactic that got Guifi.net the upstream connection they desired at terms that were reasonable.

In this respect, Guifi.net is not a technical project, but a social and political project that recognizes the political nature of Internet connectivity.

No need for overbuilding of networks when a shared infrastructure exists, providing a common platform, and is treated as a common good, rather than private property.

While Guifi.net is co-operatively owned by its users, there are more than 20 companies operating services on top of the Guifi commons network.

For people who want to see an Internet at least partly liberated from the grip of rapacious, government-connected telecommunications giants, Guifi is one of the most hopeful developments to date. Its core values, ownership, and operations are testament to the idea that you and I, and our communities, can — and should — control how we communicate. For the tens of thousands of people using it, some at no charge, Guifi operates as well as Time Warner Cable does for New Yorkers (and maybe better).

Guifi exists because a technically savvy local man, Ramon Roca, got tired of waiting for Telefonica, the Spanish telecom giant, to provide Internet access to the people of his community. He had a personal need for access. But he had a powerful second motive as well: “to help my neighbors.”

Guifi started with a single wifi node in 2004. Today there are more than 30,000 working nodes, including some fiber connections, with thousands more in the planning stages.

The project is a testament to tireless efforts — in governance, not just in adding hardware and software — by Roca and his colleagues. They’ve been unwavering in their commitment to open access, community control, network neutrality, and sustainability.

The “terms of service” for Guifi.net is a document called The Compact for a Free, Open & Neutral Network. It has four general principles:

The governance of Guifi.net is done via DiDIY or a distributed do it yourself model that is based on the FONN Compact. While the four general principles above are relatively brief, the Compact itself is quite a long and thorough document.

Guifi.net continues to grow with the help of local governments, local businesses, and users who take up Guifi’s call to action and invitation to get involved.

Here’s a presentation from founder Ramon Roca talking about the network and their plans for the future:

Guifi.net’s long term goal is Internet everywhere, at similar cost (ideally free), and with a variety of alternatives and connectivity options. It’s encouraging to see how much progress they’ve made, and that their momentum continues to build.

They’ve recently formed the Guifi.net, to help expand and promote their work. (Although not a lot of english resources available regarding the foundation, so we’ll have to stay tuned or wait for me to learn Catalan).

We’ll definitely follow their work and try to keep you updated as we learn more. Their example is one we are learning from.

“Future Fibre” is a recurring series in the Metaviews newsletter where we share some of the research, other models, news, and ideas around community based connectivity.
The series is sponsored by our friends at EasyDNS:

Mark also writes a smart newsletter called #AxisofEasy and has just published a fascinating book called “Unassailable” which will be featured in an upcoming newsletter (and would have independent of this sponsorship). I’m thrilled that Mark shares my belief in the potential for micro-ISPs and is sponsoring this series as a result.

A quick follow up on a story we’ve covered in Future Fibre in the past, our profile of wireless.farm and the work of Philip Mullis.

Philip has since found himself in conflict with SWIFT, Southwestern Integrated Fibre Technology, the government funded non-profit tasked with establishing rural connectivity in Southwestern Ontario.

The article above is worth reading, but the quick summary is that Philip (rightly) feels he’s being treated unfairly and is facing unfair competition. In particular Philip notes that his costs are dramatically lower, and has achieved far more kilometers of fibre for a fraction of the cost.

This raises an interesting issue that speaks to the core problem with rural fibre connectivity: it’s not cheap to run fibre in areas where customers are often quite far from each other. Yet Philip, and others, like Ben from Community Fibre, have found ways to reduce the cost of installation and infrastructure dramatically.

For example, here’s an article written about Ben from a local blog/news site:

The CRTC is currently seeking comments about all this stuff, and while their initial deadline was Jan 24th 2020, that has since been extended.

We may follow up on this in a future issue, but as always, feel encouraged to let the government know what you think.